Anytime a medical procedure involves cutting into a certain part of the body, it is considered surgery. There are various kinds of surgical procedures, and some are much more complex than others. These more complex surgeries are performed on the heart, brain, spine, and other parts of the body on which there is a higher risk for complications. However, there are also many other procedures that are considered general surgery. These kinds of surgical procedures may be minimally invasive and have a lower risk of complications.

Cataracts occur when the clear lens of the eye begins to get cloudy. When the cloudy lens starts to interfere with vision and everyday activities, cataract surgery is performed. During this general surgery, a clear artificial lens replaces the cloudy one.

More than half of all Americans will have a cataract by the age of 80. Due to the millions of Americans who develop this eye condition, the removal of cataracts is a very common general surgery.

The gallbladder is a small pear-shaped organ just beneath the liver. This organ is part of the digestive system and is responsible for storing bile that gets released into the small intestine. When a person has gallstones, it blocks the gallbladder and leads to a buildup of bile.

Hemorrhoids occur when the veins around the rectum become swollen. Obesity and straining to have a bowel movement are some of the most common causes of hemorrhoids. Pregnant women are also susceptible to getting them. For many, hemorrhoids are uncomfortable and can even be quite painful. When the condition is severe, a general surgery called a hemorrhoidectomy can be performed to remove them.

The soft mass of tissues at the back of the throat are called tonsils. As part of the immune system, the tonsils help prevent germs from entering the body through the mouth. Sometimes, viral infections cause the tonsils to become inflamed, which results in a condition called tonsillitis. This condition usually affects children.

When children have recurrent bouts of tonsillitis their pediatrician may recommend a general surgery called a tonsillectomy. During this procedure, the tonsils are removed. A tonsillectomy is also performed to help alleviate breathing problems caused by enlarged tonsils. 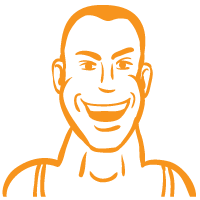 My parents taught me healthy eating habits and I played outside a lot as a kid. Once I was old enough to work, I got a job as a waiter at a restaurant and kept waiting tables throughout high school and college. After college, I got my very first desk job, and my health started declining. I soon realized that even though I had never stepped foot in a gym, I was living a sedentary lifestyle for the first time in my life. I wasn't getting exercise playing outside or running around at work, so I decided to commit to going to the gym. My health began to improve and I now greatly enjoy bodybuilding. I know many other people are in ill health and can't figure out why, so I decided to start a blog to share my health tips and inspire everyone improve their health!